On a perfect early spring day at Fort Williams Park in Cape Elizabeth, it seemed that someone had suggested "Go Fly A Kite!" And a dozen or so eager kite fliers obeyed, filling the clear windy sky in the shadow of Maine's most famous lighthouse with kites large and small. 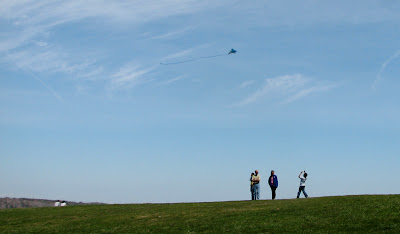 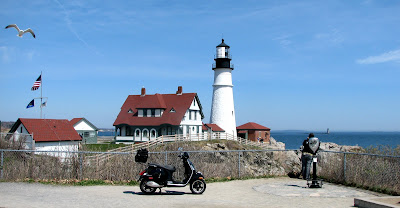 Here, a more traditional kite sails over the sea 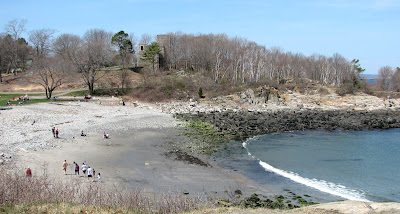 Below the remains of the Fort Williams batteries and barracks, visitors stay a respectable distance from the icy ocean. 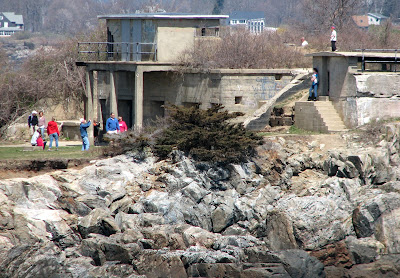 The big guns are long gone, but the abandoned batteries are still a popular place to visit 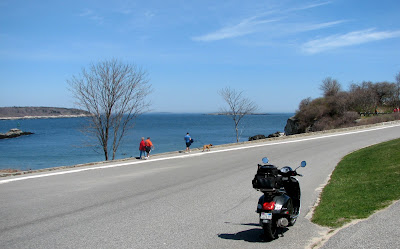 Until August, walking the paths in and around the park is more popular than swimming. But for about 20 minutes in late August, the ice melts and a few brave souls put to sea.

Ram Island Ledge Light, a mile from Portland Head light, was auctioned off in 2010 for $190,000 to a Windham surgeon. Since 2001, the light has been solar-powered. Landing a boat - the only way to get to the ledge - has been described as "treacherous." The ledge is under water at high tide; the only way to enter the lighthouse is via a 30-foot ladder.

But you can't beat the view!

Mike (http://scooterthefun.blogspot.com/) couldn't have said it better, and I can't add much to his account, except that we split up at the wrong place in Auburn. You see, although I haven't been through Auburn for a long time, and even though I didn't recognize the city for all the changes, I convinced myself that "then we can go through Windham instead of Portland - simple."

Mike agreed, but when I bore right, he went left. Almost instantly, I realized that I was indeed very wrong. Instead of Windham, I rode to Naples. Look on Mike's map - I chose unwisely.

Still, we had great food and an hour in one of Maine's better used bookstores (Twice-Told Tales in Farmington.) And the ride was fun - and wet and windy. 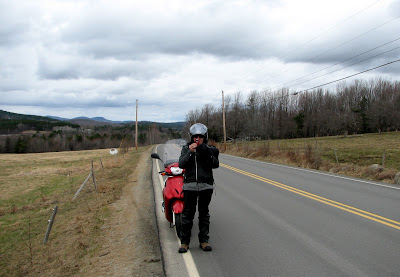 Mike has the mirror image of this photo on Scooter for Fun. 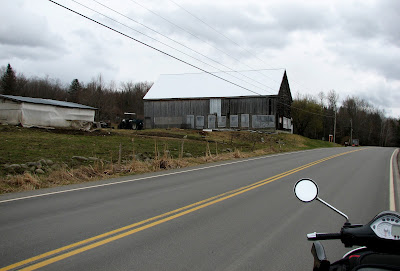 Here's one difference between crowded southern Maine and the much more rural central part of the state: The barns are painted and showy down south - not many truly working farms left. But up here, the cost of a coat of paint waits until the equipment is paid off. 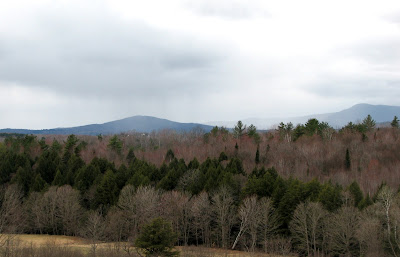 The best part of having so many pine trees in "The Pine Tree State" is the fact that there are always green trees in the forest! 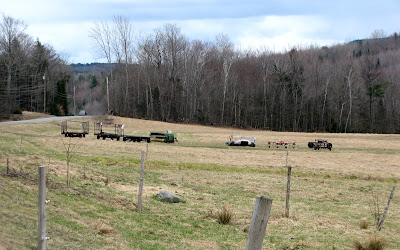 All ready for haying - in a few months. Never too early to get ready. 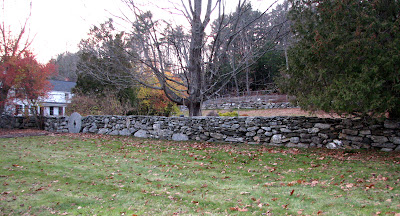 Another big difference between urban and rural Maine: This perfect, pretty fence is for show

One week before Easter, the University of New England released a pair of rehabilitated seals:

As the above link states, these seals just didn't want to enter the cold ocean. Although they eventually did, they did not seem thrilled, or even mildly interested. 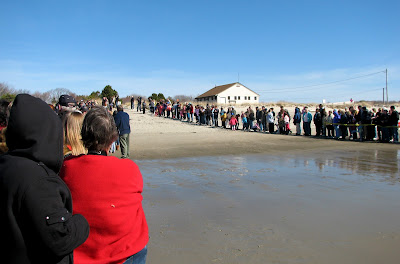 As the large crowd waited for the seals to arrive, most were content to stay behind the yellow tape strung out to give the seals room to strut their stuff. 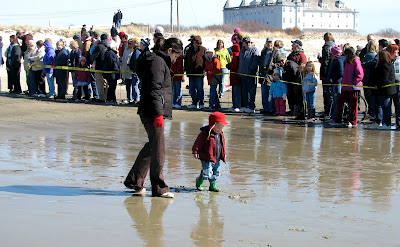 This young man, sporting a bright red hat and brighter green boots, ignored the barrier to test the squishiness of the soggy beach sand. 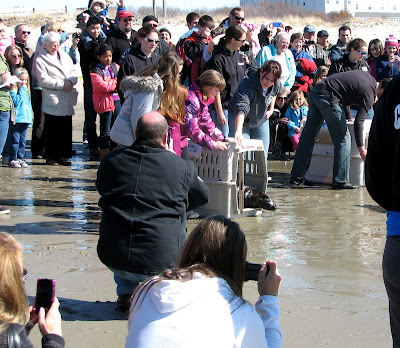 When the seals, secure in large plastic cages, arrived from the University, the crowd knocked down the tape to gather as close as possible to this unusual sight. 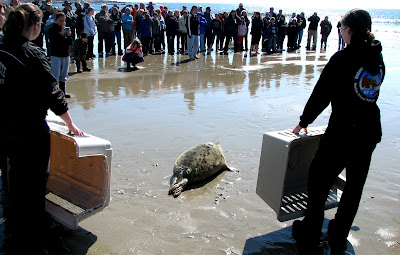 Order was quickly restored, and the pair slowly made their way toward home. 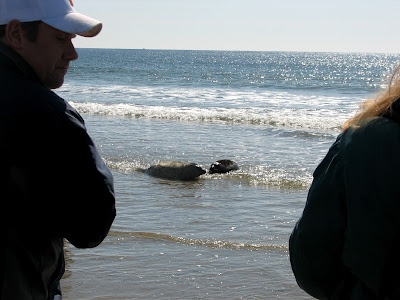 I am about to be reprimanded by the gentleman on the left: Apparently, I was about encroach on his particular part of the beach. "Back off," was all he said, but if looks could kill... 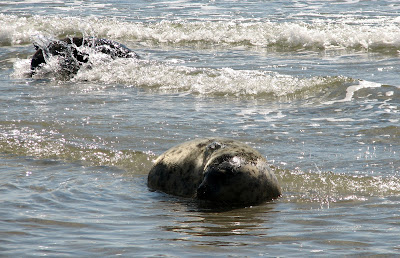 Is that a wistful expression? Did this seal suddenly realize that food would now have to be hunted, rather than being handed to him? 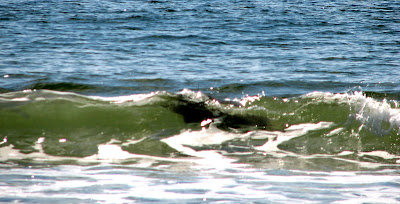 Before finally heading the the open ocean, the crowd was treated to a bit of seal-style body surfing. 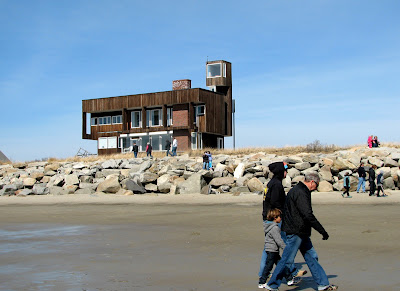